Facebook recently revealed that it conducted a private experiment of nearly 600,000 users without their consent. The head researcher of this project publicly apologized on Sunday, suggesting that the psychological study was nothing short of “mind manipulation.” Conducted in 2009, the experiment was done in secret, and was a combined effort with an Academic Research Project to track human behavior. During this study, Facebook deliberately manipulated user’s newsfeed to display more negative updates, or more positive updates. They wanted to track how negative or  positive content would affect the response of  it’s users. The study found that negative updates elicited more negative behavior, and positive updates produced more positive responses. Despite Facebook’s obvious findings, the way in which it went about this experiment raises the most concern. The “Big Brother Is Watching You” syndrome has long been associated with Facebook, and continues to be confirmed with findings like these. As a result, Facebook and real estate has always had a complicated relationship. Their marriage is a mixture of success and horror stories. There are Realtors, like Danville Realtor Jim Walberg, who have experienced over 29 closed transactions from people he never met in person. Then there are other agents who have seemingly “wasted” their money on promoting posts that end up receiving little to no interaction. One big fear of expanding a real estate practice unto Facebook is the question of control and privacy.  Some agents fear that their personal life will instantly become public, opening up all sorts of problems. Blurring the line of professional and personal is a touchy subject that continues to address the real estate industry, and now that Facebook is guilty of manipulating their user’s trust, the problem becomes even more complicated. Despite these findings, will Facebook experience backlash? The theories are varied, but some experts say no. This is not the first time Facebook has been accused of engaging in “questionable” if not completely unethical activity. Chances are, many users are just too accustomed to this platform — not to mention the obvious concern for important news like; who your ex is dating, your neighbors Friday dinner plans, the name of your barber’s new pet dog, or who won last night’s karaoke contest. Frivolous yet entertaining stories like these are sure to keeps fans loyal to Facebook, and if they doesn’t receive a big enough backlash, we should expect more of these experiments in the future. How about you? Will you continue to be on Facebook? 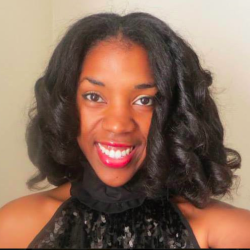 Charde' Henderson
Born and raised In the San Francisco Bay Area, Charde' Henderson developed an appreciation for the real estate industry at an early age. Her father, a real estate investor, would take her around every Sunday to visit homesin luxury home markets such as Blackhawk, Danville, Alamo and Diablo. It was there her understanding of the housing industry began. After high school, Charde' studied real estate, and later on received a Bachelors Degree in Comparative Literature from UC Berkeley. She has worked with some of the leading pioneers in social media marketing, and uses her educational and professional training to act as HomeFolio Media's Content Strategist& S.E.O Manager. Charde' currently resides in Pleasanton, CA.