Two common characteristics of successful entrepreneurs are an innate drive to innovate, and the ability to create something new that brings value to the market. Kirk Bailey was able to combine his entrepreneurial spirit, education, and business experience, to successfully create and evolve a new media company specifically designed to serve the real estate market and its affiliated companies.

Kirk’s dedication to improving business communication began while earning his bachelor’s degree in Communication from the University of the Pacific, concentrating his studies on Public Relations and Business Marketing. He then launched his career in outside sales, working for and learning from fortune 100 companies like Xerox and Automatic Data Processing (ADP). Kirk soon found the secret to success in sales was not having “the gift of gab,” but a keen ear.

“If you ask the right questions and listen closely to the answers, your clients will tell you what they need.” he said. “They may not say it explicitly, but a good salesperson identifies where they can be of service–sometimes before clients fully realize they need help.”

He put that lesson to good use when he became a publisher in 1996, purchasing an existing Homes and Land franchise in South Lake Tahoe, at the age of 29. “I cashed in my meager savings to buy the magazine, and the only reason I could purchase it at that age, with such limited funds, was because it wasn’t doing very well,” explained Kirk, “and I thought I knew why.”

When he questioned the magazine’s clients, they told him they only advertised to appease their sellers; they didn’t really expect any results from it. “That scared me,” Kirk said, “Because I thought that was a rather brittle foundation to build a long-term, stable business on, in terms of strategy.”

He surveyed the real estate publishing business, and realized the model hadn’t changed in 30 years. “All the real estate magazines were distributed in racks, next to gumballs and used car magazines,” Kirk related. “They had no control over who picked them up, or how many, and the rest went in the trash. When you see a rack still full of magazines—you know they’re not in front of prospects’ eyes.”

Kirk concentrated on looking for new ways to generate leads for his clients. “I turned the magazine around by focusing on getting my clients’ messages in front of more of their prospects,” he explained. “I knew my clients weren’t simply buying ad space, they were buying a delivery system. It was my job to “deliver” their message to their prospects!”

Kirk continued to grow the magazine and then sold it three years later, to escape the confines of the franchise system. “I realized that in order to be innovative, to better serve my clients, I had to strike out on my own.”

He then launched Residence Magazine in Reno, Nevada, a much bigger market. In two-and-a-half years, Residence Magazine was the largest real estate publication in Northern Nevada. Still not satisfied, he decided to go in a different direction, but instead of modifying the magazine, he sold it. “I basically went back to drawing board,” Kirk said, “because I’m always asking myself how I can serve my best clients better.”

Unlike most publishers, Kirk is also a Realtor, so he developed his new business model from a Realtor’s perspective–he asked his clients what was working for them. “Direct mail and lead farming were the two things that consistently came up as effective marketing vehicles for them to communicate with their prospects,” he explained. After conducting a market test, where 100% of his new business leads came from direct mail, Kirk knew he was onto something, and brought the model to the larger Bay Area market.

He combined the attention-grabbing potential of a high-end, glossy, full-color magazine, with the ability to deliver it to practically 100% of the potential sellers, and over 50% of the buyers  in a given market. “It’s was a game-changer,” said Kirk, “That became the basis for the HomeFolio business model.”

Now he has evolved that business model again, combining the efficient targetability of direct-mailed magazines with the limitless reach potential of the internet, by applying  best practices for search engine optimization. “Coming from an intense sales background, I know the hardest part of sales is prospecting, so what we’re offering is a prospecting service,” explained Kirk.

“We have very consciously designed a groundbreaking new media channel, where top agents can consistently and engagingly communicate with new prospects,” Kirk concluded. “HomeFolio Media will revolutionize the way local real estate professionals communicate and market to their communities, clients and prospects. It will be the platform for homeowners, buyers and sellers to connect with top producing real estate professionals and gain relevant information on their specific micro-market.” 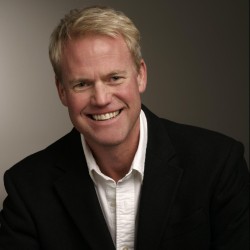